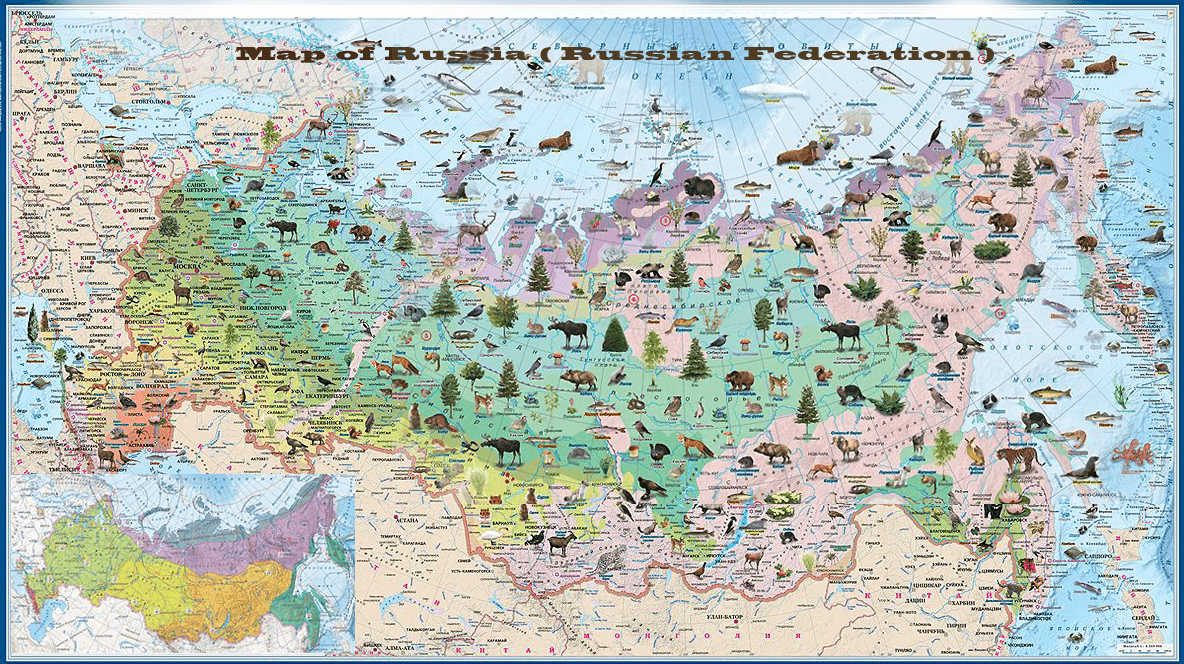 In addition to being the largest, the Russian Federation is one of the world's northernmost countries. It encompasses 6,592,658 square miles (17,075,000 square kilometers), from its borders with Finland, Estonia, Latvia, Belarus, and Ukraine on the west to the Bering Strait in the far northeast and from its borders with Georgia, Azerbaijan, Kazakhstan, Mongolia, and China in the south to the Arctic Ocean in the north.

European Russia, the most densely populated, urbanized, and industrialized region, lies between the Ukraine-Belarus border and the Ural Mountains. Seventy-eight percent of the population lives in this area. Two large industrial cities are located above the Arctic Circle: Murmansk on the Kola Peninsula and Norilsk in Siberia.

The great plains are divided by six ecological bands. In the northeast, above the Arctic Circle, lies a huge expanse of frigid, occasionally marshy tundra, a nearly unpopulated region where much of the land is permanently frozen and little grows but moss and shrubs. Below that is the taiga, a vast expanse of coniferous forest, which gradually blends with a band of mixed coniferous and deciduous forest to cover half the country. The capital, Moscow, is in the center of this region, where much agriculture has been located despite the thin, poor soil. A line of mixed forest and prairie with more arable soil characterizes the central areas, followed by Russia's "breadbasket," the black earth belt that constitutes less than a tenth of the national territory. Below that, the relatively arid steppe, with grasslands and semi-desert and desert regions, runs along the northern edge of the Caucasus Mountains and north of the Caspian Sea beyond the Volga River basin into Central Asia.

Here you could see the list of game species allowed for hunt per the Law for Hunting and Game Protection in Russia: